Humanizing a University’s online presence, resulting in a 300% increase in followers over eight months. 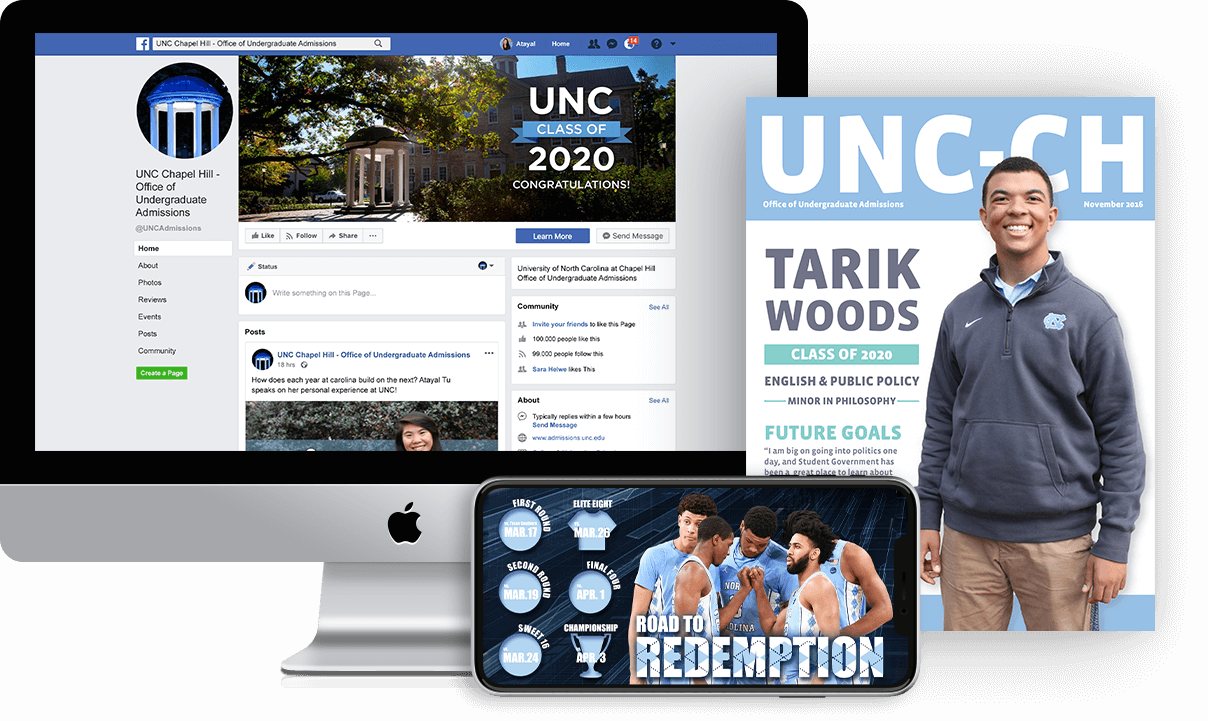 The Office of Undergraduate Admissions at UNC is active on Facebook, Twitter, and Instagram, often posting statistics intended to help prospective students learn more about the student body at UNC. Most of their engagement online involved parents tagging their kids in relevant posts, especially on Facebook.

As part of a team of four student interns, we were tasked with engaging more students online and repositioning the admissions office as less intimidating. As a result, I suggested rebranding UNC Admissions’ social media by focusing more on individual student stories and experiences rather than repetitive statistics and facts. 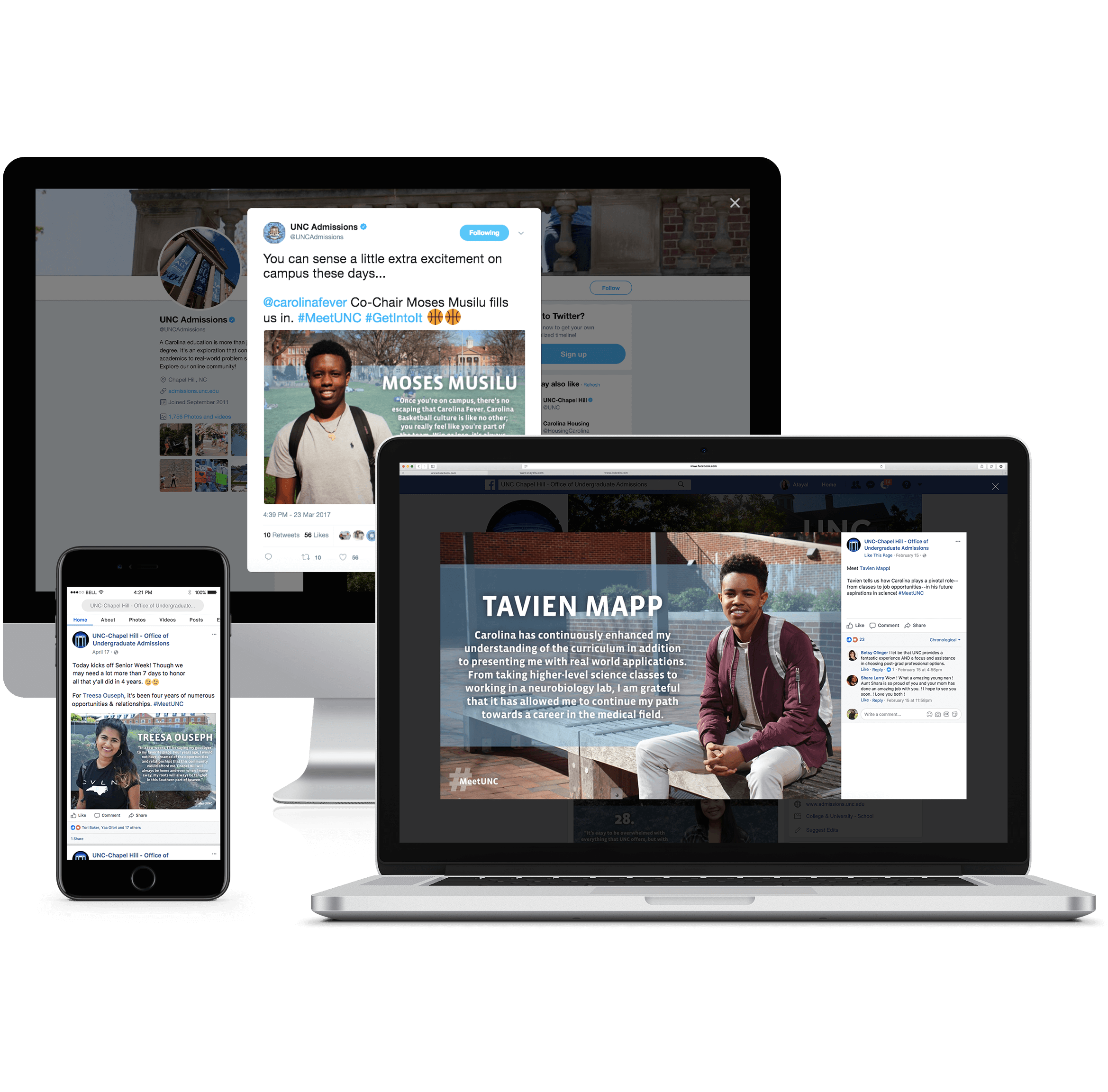 Our humanizing efforts kicked off with the #30Days campaign where current students told stories about their time at UNC, all for a countdown to the Early Action deadline. We tagged each student on their post, which encouraged them to share through their personal accounts. After two weeks, the campaign gained so much popularity that students were emailing us so they could be featured.
‍
Because of the high demand, we continued to share student stories after this campaign under #MeetUNC. As an ongoing series, #MeetUNC featured current students, incoming students, and professors. 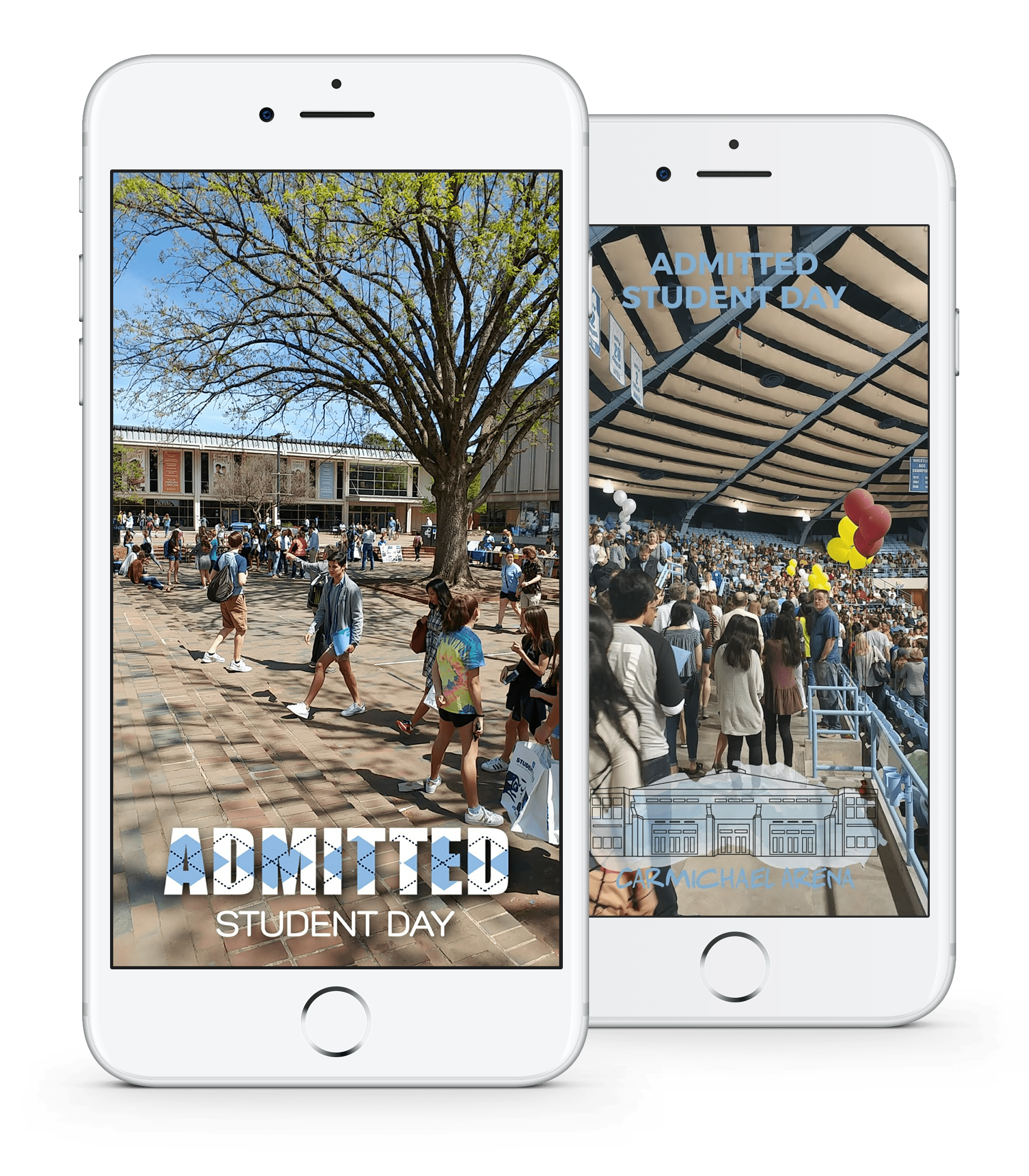 Another way generated online engagement was to host contests tied to popular events on campus, such as Admitted Student Day and the NCAA March Madness tournament. These contests encouraged students to interact with us on Facebook, Twitter, Instagram, and Snapchat.

A fun project to work on was creating a geofilter for Admitted Student Day. It was a definitely a trial-and-error project, which I talked about in a blog post.

By creating content that humanized UNC Admissions’ social media, we tripled our social media following in just eight months and exceeded our audience growth goals in just three months. Plus, #30Days resulted in one of the most successful only campaigns in their history. As a result, UNC received record-breaking application numbers for the Class of 2021. 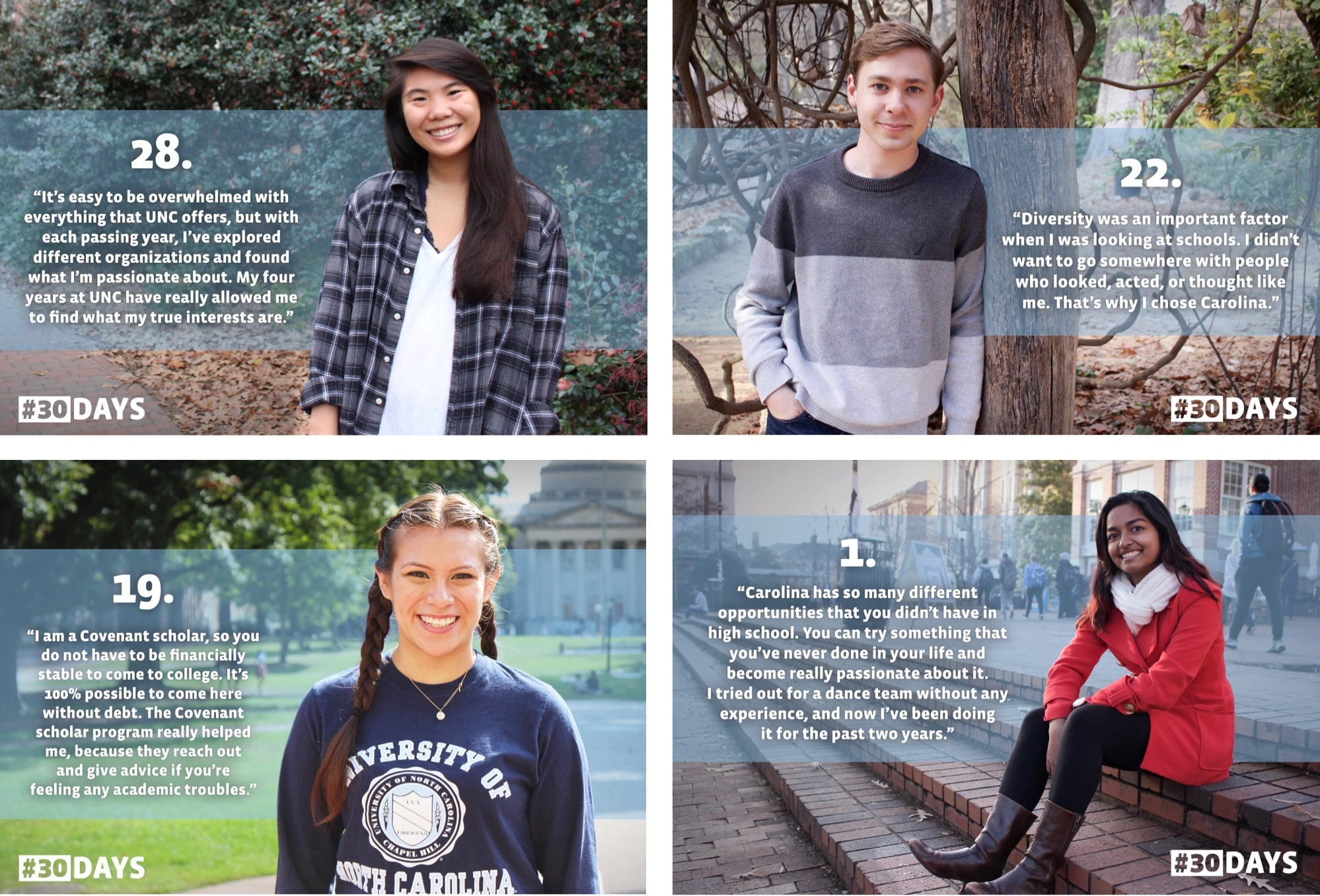